Date: Jan 28, 2021
Category: Research Studies
Back to Our Studies 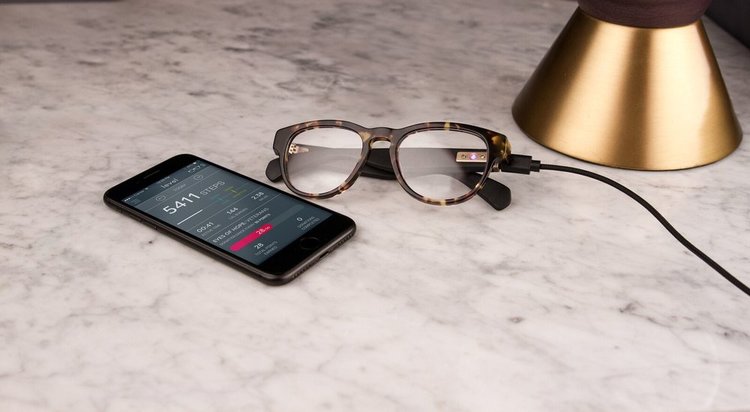 VSP Global, the only national not-for-profit vision benefits company that provides access to eye care for its 88 million members around the world through a network of 39,000 eye doctors. Through its
innovation lab, The Shop, VSP had developed one of the first “smart glasses”—a category of fitness
tracker wearables that Juniper Research identified as the highest growth sector for consumer wearables. Called Level TM , the smart glasses are accompanied by a smartphone app that tracks the wearer’s daily steps, calories, distance and overall activity time. As users reach daily step goals they receive points redeemable for the donation of a free eye exam and pair of glasses to someone in need through VSP’s Eyes of Hope initiatives.

to the Level concept and design

while ultimately working toward a contextualized health user experience.

In addition, partnering with USC CBC resulted in:

The first-of-its kind in the category research was published in NEJM Catalyst, analyzing 275 USC
participants, age ranges 18 – 79. The participants were already daily prescription eyeglass wearers who wore their Level smart glasses for 12 weeks – the length of the study.
The cohort also represented a diverse mix of racial backgrounds including: Caucasian, African-American, Latino, Asian-American and Native Hawaiian or Pacific Islander and a uniquely large representation of women (61 percent vs. 39 percent men) compared to other wearable fitness tracker research. When it came to health status, the group had an average mean body mass index (BMI) of 28, trending toward non-healthy weight status.
USC researchers found an increase in daily steps when participants received encouragement prompts via the Level app sent by a “digital coach.” This motivating factor was supplemented by encouragement provided by the participant’s social network of support.

The researchers also found higher activity levels were linked to life satisfaction scores, based on an
initial interview survey.
The study also showed that participants were equally motivated by encouragement prompts containing self-focused and altruistic language urging them to meet their daily step goals. After reaching 50 daily step goals, a donation of a comprehensive eye exam and pair of glasses via VSP’s Eyes of Hope® charitable initiatives was provided to the group participants self-selected, either: school-age children, seniors, veterans or individuals affected by homelessness. Participants could track their points accumulation and donations made through their Level app.
When it came to form factor and convenience, participants applauded Level as an activity-tracker
wearable where the activity sensor is embedded in the eyeglass frame, which didn’t require them to add another wearable to their daily routine. Perceived ease of use, such as charging the glasses, was associated with increased activity.

“Partnering with the USC Center for Body Computing gave this project a degree of academic rigor and multidisciplinary input that was needed to truly understand this platform. Our team took these critical learnings and applied them to future iterations in the consumer launch of Level.”
– Jay Sales, co-director of VSP’s innovation lab, The Shop